State of the art 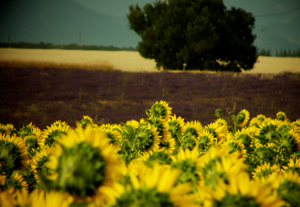 Multifunctional Agriculture (MFA) became widely known because of its relevance to international trade in the 1990s. With the Agenda 2000 reform and the European Council of Luxembourg, MFA became a policy concern at national and European levels. The European Union made sustainability and multifunctionality key objectives of its CAP. This reorientation is expressed in the so-called ‘European model of agriculture’ which was described by the European Commission. It aims at a farming sector that serves rural communities, reflecting their rich tradition and diversity, and whose role is not only to produce food but also to guarantee the viability of the countryside as a place to live and work, and as an environment in itself.

Having been debated for almost two decades now, the meaning of the term “Multifunctional Agriculture” still changes depending on who uses the term and where it is used. MFA is not a well-defined, simple, clear and operational concept, but an open, discursive, bridge or platform concept. It can be seen as a response to the challenge of rural limitations, be they economic, environmental, social or cultural as well as a consequence of the changing needs and demands of consumers and society regarding agriculture and rural areas.

There is an increasing demand for quality food production, for environmental, ecological and landscape values, and for social and cultural aspects. Although the agricultural market situation has definitely become more complex, there are nevertheless possibilities for European farmers as sellers of goods and services.

Agriculture is an integral component of the economy, society and environment. Individual producers and producer groups can not operate if they are isolated. Thus, agriculture both influences and is influenced by community and economic developments. Identification of modern European society with authentic agriculture and agricultural goods should be facilitated by a close connection between production and supply of these goods.

Whether and how MFA is developing in a specific region depends on the degree of the challenges in the region concerned. For example, Eastern European agriculture is characterised by diversity and regional disparities. Economically speaking, there are huge differences between subsistence-oriented farms, market-oriented family farms, and former agricultural cooperatives.

Maintaining existing farms depends on a variety of economic, social and demographic factors. At present the profile of European farmers is ageing. Farms run by young people are on average more profitable and young farmers are more willing to adopt innovative solutions and use environment-friendly farming methods. Many farmers have already strategically engaged in existing as well as new activities.

Deepening activities are attempts to add more value to products through organic farming, on-farm processing and short supply chains. In Broadening, farmers develop new activities, such as the management of nature and landscape, or agri-tourism. Regrounding activities are possible by cost-reduction through alternative use and valorisation of internal farm resources.

Economic factors are among the most important driving forces for farmers to pursue multifunctionality, but there are many others. The genuine tradition of European agriculture is continuous progress and development. MFA has to develop while respecting regional cultures as not every concept works in every region, but must instead be adapted to specific contexts and needs. In the long term, it is not the highest yield, but the optimum benefit that counts. Through adjusted training and learning together with visionary thinking, young European farmers should be able to supply saleable goods and services all around the core of their occupation: farming.